You are here: Home / About The Adkins Diet- Recipe Included 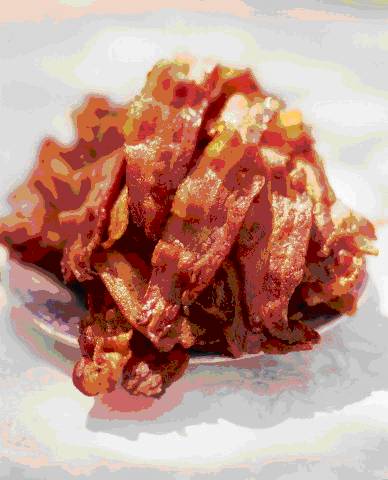 The following is an example of a great tasting recipe that would be included on the Adkins diet:

Combine milk and cheese. Stir to spreading consistency. Spread about 2 teaspoons on each side of bread, thin cut in 2 pieces. Roll bread and wrap with bacon. Place on broiler pan. Bake at 350F for 30 minutes or until bacon browns. These freeze well. Thaw before cooking. Yields 50.