You are here: Home / The Secret Behind The Grapefruit Diet.

The Secret Behind The Grapefruit Diet. 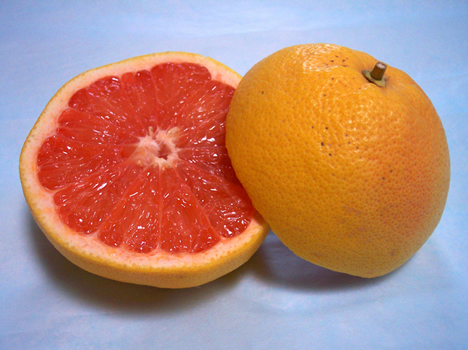 The grapefruit diet that came out of the ‘80s is getting some new research. And some say that adding grapefruit as part of a healthy, balanced diet can help you to lose weight.

The grapefruit diet calls for only 800 calories a day. The daily eating plan includes eating lots of so called ‘fat-burning’ grapefruit to give metabolism a boost. As well, as much black coffee as you want, some boiled eggs for protein and an occasional piece of dry toast.

Researchers are saying now that the grapefruit diet may have compounds unique to the grapefruit that slow down insulin production, which helps in reducing weight.

Experts are saying that participants probably lost weight because they were included in a study and were paying more attention to calories and exercise.

The grapefruit diet is not only extremely low in calories but seems to be very boring which would make it hard to stick to. As well if the grapefruit diet does affect insulin levels, there could be severe consequences for those with blood sugar problems.

It seems the secret is No Food. As always check with your doctor first before trying any diet.