You are here: Home / It Feels Like A Heart Attack, But It May Be Panic Attack

It Feels Like A Heart Attack, But It May Be Panic Attack 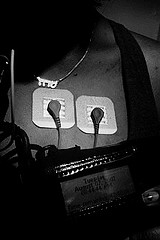 Many people each year end up in hospital emergency rooms with heart attack symptoms that are then diagnosed as panic attack. The symptoms of heart attack and panic attack or so similar that one should not ignore them as it will take a professional to make a correct diagnosis.

A panic attack – or numerous, repeated panic attacks — can be brought on by a traumatic life event or drug misuse. Other statistics suggest that those more likely to experience a panic attack are people who suppress their emotions. As well as causing panic attack, none of these is good for your health and can cause heart attack as well.

Although experiencing a panic attack is highly unpleasant, there are no long-term side effects once treatment has been completed and if it is maintained. However, the symptoms are too close to heart attack to be ignored. If these symptoms occur one should seek help for the correct diagnosis.